The first cities on the Rhine emerge from Roman outposts protecting the border with Germania.
As the governor of one of these cities, your task is to develop it in the best possible way, while also defending it against the Germanic tribes.
Empress Agrippina and her son Nero inspects your actions and honors the most successful governor.

In Discordia, you develop your city by building farms, barracks, defenses, harbors and markets, and by trading with ships.
Use your seamen, soldiers, merchants and farmers profitably, fulfill decrees and secure privileges. You must always act carefully, so that your city grows neither too fast nor too slow.
Will you have the best-developed city at the end of the fourth year, or will you manage to impress the empress before then and win the game early?

Discordia is the big Irongames release for 2022. 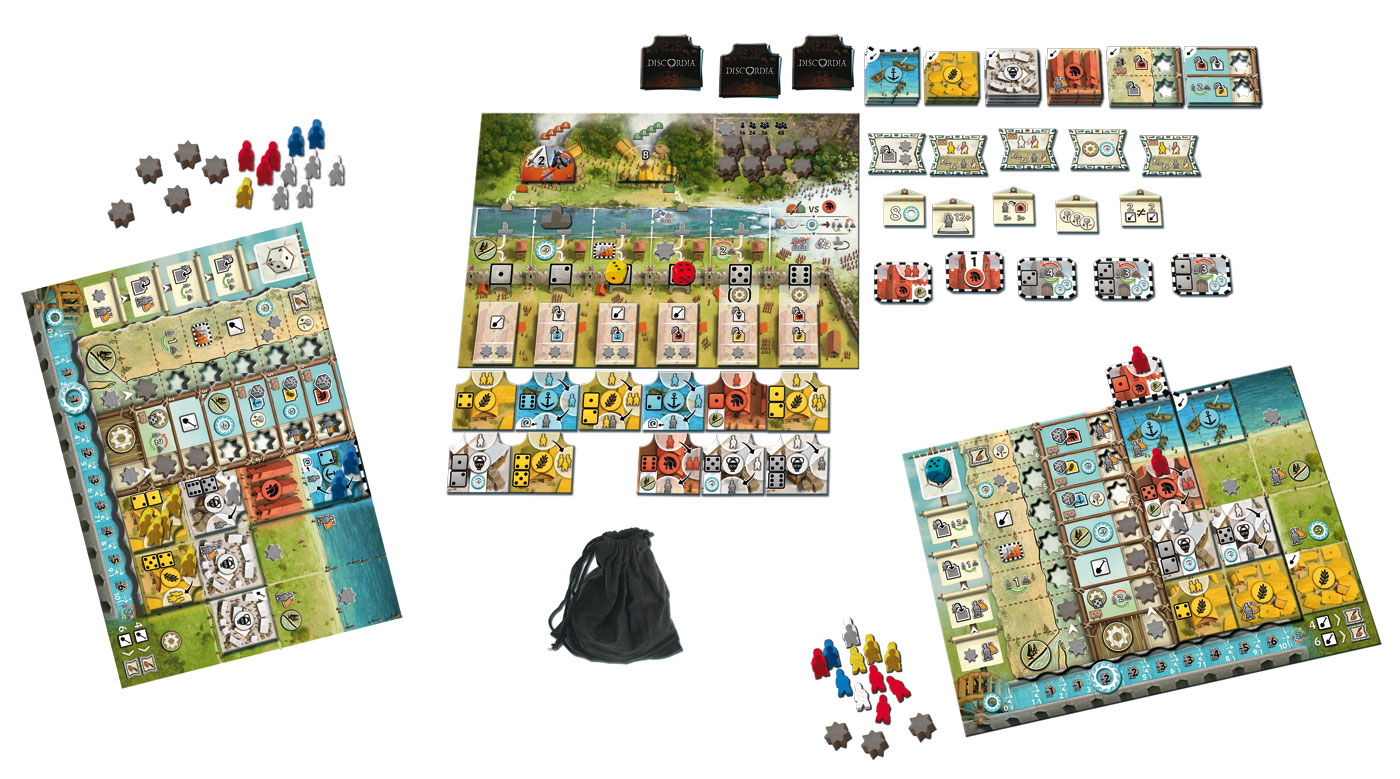 The cardboard is extra thick and the 4 player boards are partly made of „double-layers“ for a greater playing experience.

All orders will receive the promo „Discordia Sun“ with their game (as long as stock lasts).