The Peloponnes Box contains all previously published Peloponnes Expansions in one box along with the brand new „Victoria“ Expansion. 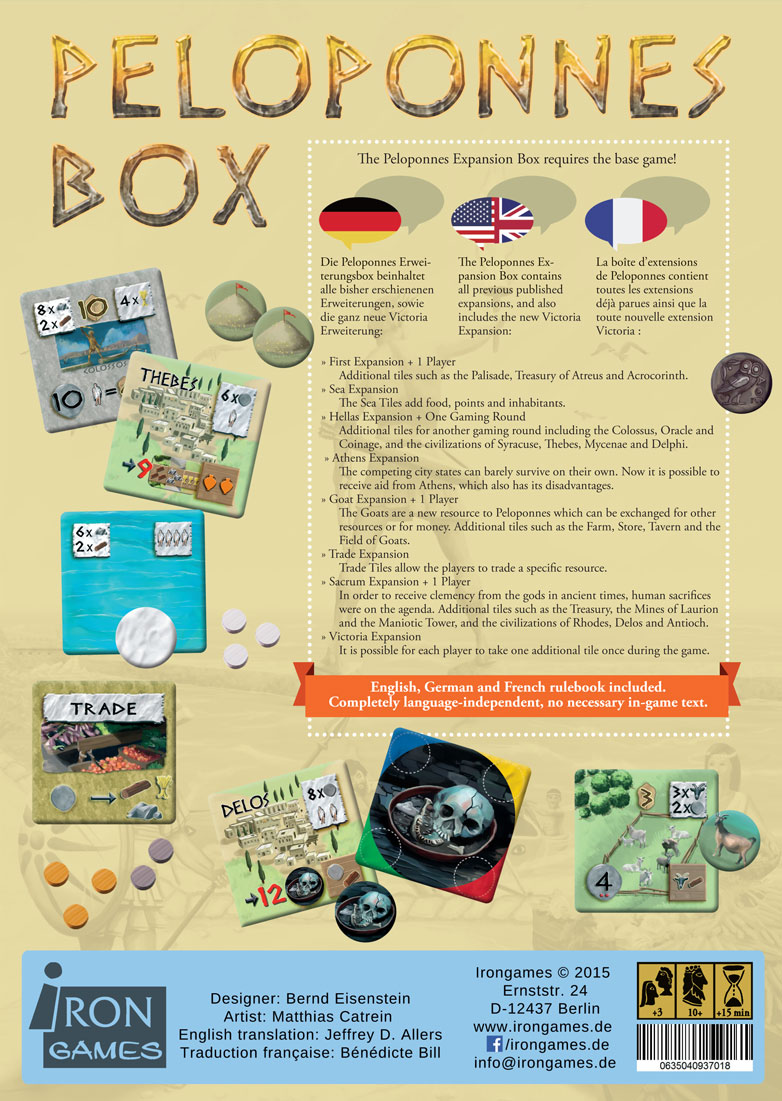 The Expansion Box adds up to 3 more players, that you can play Peloponnes with 8 players maximum.

The new Victoria Expansion allows each player to purchase one additional tile during the game.
Game components are language-independent. German, English and French rules included.

» I open the gamebox for you!